Thousands of products to add to your site? Need them adding without having to spend thousands of man hours? Then...
Let’s talk

In my role as IT Support Analyst my responsibilities included hardware support for laptops, desktops, printers as well as multichannel communications, remote working colleagues and network infrastructure support.

The project required a custom module building that allowed prescription orders to be made. Eyewear prescriptions requires numerous options, many of which are mutually exclusive and have complex pricing calculations which needed to update on-the-fly. The site incorporated the use of OpenCart with custom PHP scripting, MySQL integration, Javascript, jQuery, AJAX, CSS and HTML.

I created an eCommerce solution to sell wedding stationery online, the OpenCart base package was heavily customised for this project. The website features over 50 custom modification which I have authored. Some of the more generic modifications have been published on the OpenCart store. The site incorporates OpenCart (Customised), PHP, MySQL, MVC framework, jQuery, CSS and HTML.

In 2009 I created a bespoke CMS for a Glasgow based surveyor. This was built from the ground up to the client’s specification and branding. The site incorporated PHP, MySQL, AJAX, Flash, CSS and HTML.

In 2008 I implemented an eCommerce store for a Sheffield based bathroom company. This was a straightforward eCommerce store but required an API writing to interact with the SagePay gateway as this was not available for the client’s base software of choice. Technologies included PHP, MySQL, AJAX, CSS and HTML. 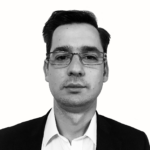 Hi, I’m Mike Simmons. I’ve been working in the IT industry for over 20 years specialising in Powershell Database Automation.